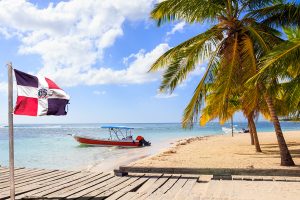 Dominican Republic is the place where many famous people were born and raised. They moved away and succeeded in life, but kept their precious Dominican heritage. There are many success stories that come from the country. Not only the following people became famous abroad, but they have also invested a lot of money in their native country and proved they have not forgotten their roots and where they came from.

Dominican Republic is country famous for sports, so no wonder why there are so many famous sportspeople that have made it abroad. Baseball is the number one sport in the country and today there are dozens of great baseball players that compete in the US Major League Baseball. Some standout Dominican baseball players that have became famous abroad include former Boston Red Sox pitcher Pedro Martinez who even made it to get elected in the baseball`s Hall of Fame. Not only he left big impact for his team, but he also invested back in his country by rebuilding the Dominican neighborhood called Manoguayabo where many homes, schools and churches were built.

Another fantastic baseball player coming from the Dominican Republic is Boston Red Sox`s David Ortiz, who is an all star player and three-times World Series Champion with his team. He set many records playing for Boston Red Sox, including most home runs within one season with 54 home runs made back in 2006. 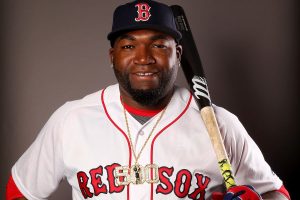 Probably one of the most famous baseball players of all times and husband of singer Jennifer Lopez, Alex Rodriguez is also proud representative for the Dominican Republic. Besides him, NBA player and member of Atlanta Hawks – Al Horford have mentioned several times in interviews that he is proud growing up in Dominican Republic and becoming what he is today.

There are many famous Dominicans abroad and not many people know that these are Dominicans. Famous and one of the most popular Latina actresses in Hollywood, Zoe Saldana, is Dominican. Another famous Latina actress Michelle Rodriguez is half-Dominican and half-Puerto Rican, often mentioning she is proud of her ancestors. The actress from the popular TV show ‘Orange is the New Black’ Dascha Polanco and ‘Devious Maids’ actress Dania Ramirez are both Dominicans, as well as the famous fashion designer Oscar de la Renta and the rappers Juelz Santana and Trina who are both half-Dominicans.

These are just a few of the many famous Dominicans abroad. Some Dominicans are still breaking through in different fields, so in the upcoming years we will likely see new faces that will become popular abroad. Dominican Republic is unique in many ways, one of them being that it is a birthplace of some very creative, interesting people. It is a really special country where many famous Dominicans have made their first steps and learn the first things before moving away. Based on the examples above we can conclude that today anything is possible and everyone has a chance to become popular regardless of their background.

This article was sponsored by the app Kik Girls, the #1 app to communicate anywhere in the world.  Many Dominicans abroad will use this app to avoid paying foreign fees when communication with locals or people back home.