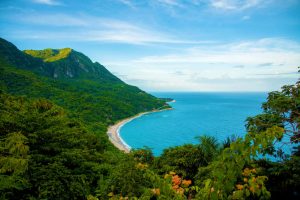 When Dominican Republic became independent in the 1800s, many people feared that they might get invaded by neighboring country of Haiti. In the period between 1861 and 1865 Dominican Republic voluntarily became a Spanish colony, as Spanish would grant them protection from dangers. In the early years of the 20th century, Dominican Republic feared that European countries will try to intervene and occupy them in order to recover their past debts. That is the time when US forced its rule over the country and US President Woodrow Wilson was the first to send its troops to the country in 1916. The American military ruled Dominican Republic for eight years between 1916 and 1924.

Due to the unstable conditions in which Dominican Republic found themselves in the early years, there were some chaotic times when the country was ruled by dictators. First dictatorship regime was imposed between 1882 and 1899 when Ulises Heureaux ruled the country. The second period when Dominican Republic was under dictatorship of the army officer Rafael Trujillo was between 1930 and 1961 when Trujillo was violently assassinated.

After Trujillo got assassinated, there were some attempts for establishing democracy in the country, most of them unsuccessful. Several coups, a civil war, and American intervention failed to bring democracy, but those were the first steps towards establishing normal rule. Since 1966 presidential elections in Dominican Republic are held every four years and from year 1978 the elections are open to all parties that want to compete to win the elections. In these late decades of 20th century, Dominican Republic was ruled by Joaquin Balaguer – historian and a lawyer. He got elected as president of Dominican Republic in 1966 and retained his position until 1978. In 1978 Antonio Guzman became president until 1982 when he got replaced by Salvador Blanco. A bit surprisingly, the following elections in 1986, 1990 and 1994 were all won by Joaquin Balaguer.  After 1994 Dominican Republic entered calmer period of development and improvement in all segments.

This was the history of Dominican Republic and developments that led to country become what it is today. The country is constantly going forward and improving and the rich history makes people very proud.